70 YEars since the Sisters came to Taita:
Celebrated 21 February 2021 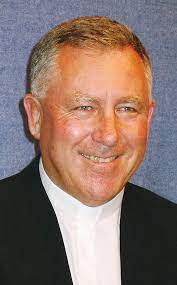 Presentation Sisters, 70th Anniversary in New Zealand
Homily given by Cardinal John Dew at celebration Mass
There is a wonderful story in a book called Traveling Mercies, it is the story of a little girl who gets lost.
A police officer stops to help her and asks if she knows where she lives.  Through tears she says she does not remember her way home.  He offers to drive her around town hoping that she will spot her house.  While slowly rolling down one street the girl exclaims, “Stop!  Let me out.  That’s my church.  I know my way home from there.”
It’s a lovely story and reminds us that sometimes we all get lost, not around the streets of Taita,
but on our way to God.  I’s very easy for life to get turned around, flipped upside down such that we lose our way.  During Lent acknowledge just how distracted we can become, we forget life’s direction and lose our way to God.  Sometimes we need others to guide us, to point the way, and we need God’s grace.
Thankfully, like that little girl whose church guides her home, we too have a compass that always points us in the right direction.  Jesus points the way for us. But sometimes we need others. In 1951 five Presentation Sisters arrived in here in Taita  from Tuam, County Galway, Ireland. Why did they come? Their whole purpose was and is to help guide others home to God. They brought Hope and they still do in many varied forms of service and education at all levels, medical and social work, catechetics, community development, pastoral and ecumenical work.
In the Reading from the Book of Genesis we heard about God sending a rainbow to Noah after the great flood as a sign that people could go out and live without fear of another calamitous drowning.  Rainbows are symbols of hope in many cultures. In Christian culture, a rainbow promises better times to come – and are frequently represented in Western art and culture, as a sign of hope and promise of better times to come.
When the first Presentation sisters came, New Zealand was recovering from World War Two. It was a time of growth, the beginning of the baby boom, immigrants were starting to come into New Zealand. In areas like Taita there was a struggle to accommodate this growth in population. The population was slowly moving up the Hutt Valley and there was a strain on existing schools, health and housing. Those first Presentation Sisters came bringing hope, they were mostly teachers who received no salary or reimbursement. Some taught music, speech and singing, in order to get a little more money. this supplemented for them the little income from the schools. The Sisters were very generously supported by local people who saw their efforts and their enthusiasm.
​​They had many challenges for them, there was no convent, no school and a primitive church constructed from an old army hut (also used as a hall). For eighteen months the Mercy and Mission Sisters offered hospitality to these Irish Sisters, until the convent, school, parish church and presbytery were built. Until the school was built the younger children were taught in the church while the older pupils were taken by train each day to St Bernard's College in where space was available.
​The group that arrived in here and the next two groups of Sisters who travelled from Ireland would have clearly known one of Nano Nagle’s sayings, “If I could be of service in saving souls in any part of the globe I would willingly do all in my power.” That’s why they came, they came as followers of Jesus and so that they could spread the Good News of God’s love to all humanity, they came to be signs of hope, and always have been. They came to help lead people find their way home to God.
When I was thinking of this 70th anniversary I began to think this would be easy to preach about, I thought, if 25 years is Silver, and 50 years is Gold, 60 is Diamond, and I thought 70 is Emerald. I had all these thoughts of Sisters coming from Ireland, The Emerald Isle 70 years ago. However when I looked it up I discovered that 70 is not Emerald, it is Platinum!
So, Sisters, congratulations on your Platinum Anniversary.
When I thought more about I thought well Platinum is even better, Platinum is described as precious, strong, enduring and it doesn’t tarnish. For 70 years the Archdiocese of Wellington and other parts of Aotearoa New Zealand have seen the strong, enduring, untarnishing presence of the Sisters of the Presentation of the Blessed Virgin Mary.
Tradition tells us that Nano Nagle carried a lantern as she moved through the darkness in the streets and lanes of Cork in search of children desiring an education and the local poor in desperate need of food, comfort, medical attention and shelter. Sisters we thank you for bringing the Presentation Lantern to New Zealand, with that you brought hope, when there was darkness in people’s lives you lit the way home for them.   Just as the Lantern became a symbol of Nano’s love for the poor: a symbol of God's love, touching and transforming the harshness of their lives and offering hope so today- and here for 70 years that lantern has become the symbol of the mission of the Presentation Sisters around the world.
You have needed been for us a silver, ruby, golden, emerald, diamond and platinum presence to and for us. 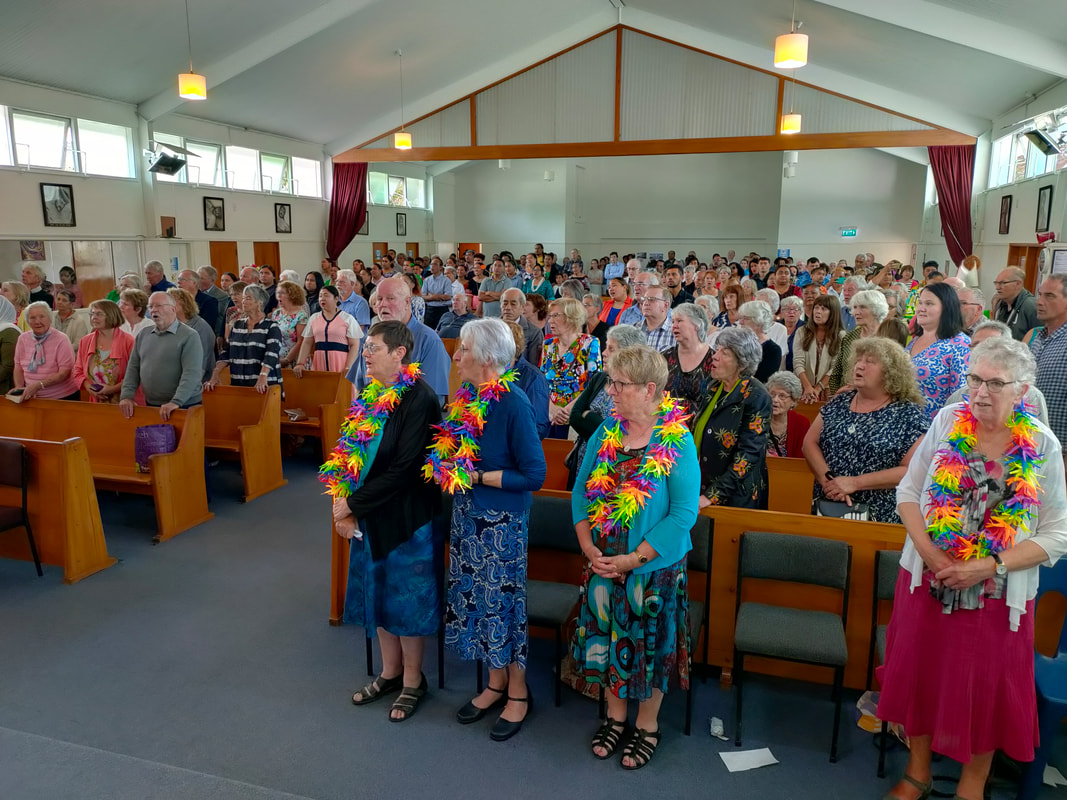